Android runs on many devices in many regions. To reach the most users, your app should handle text, audio files, numbers, currency, and graphics in ways appropriate to the locales where your app is used. 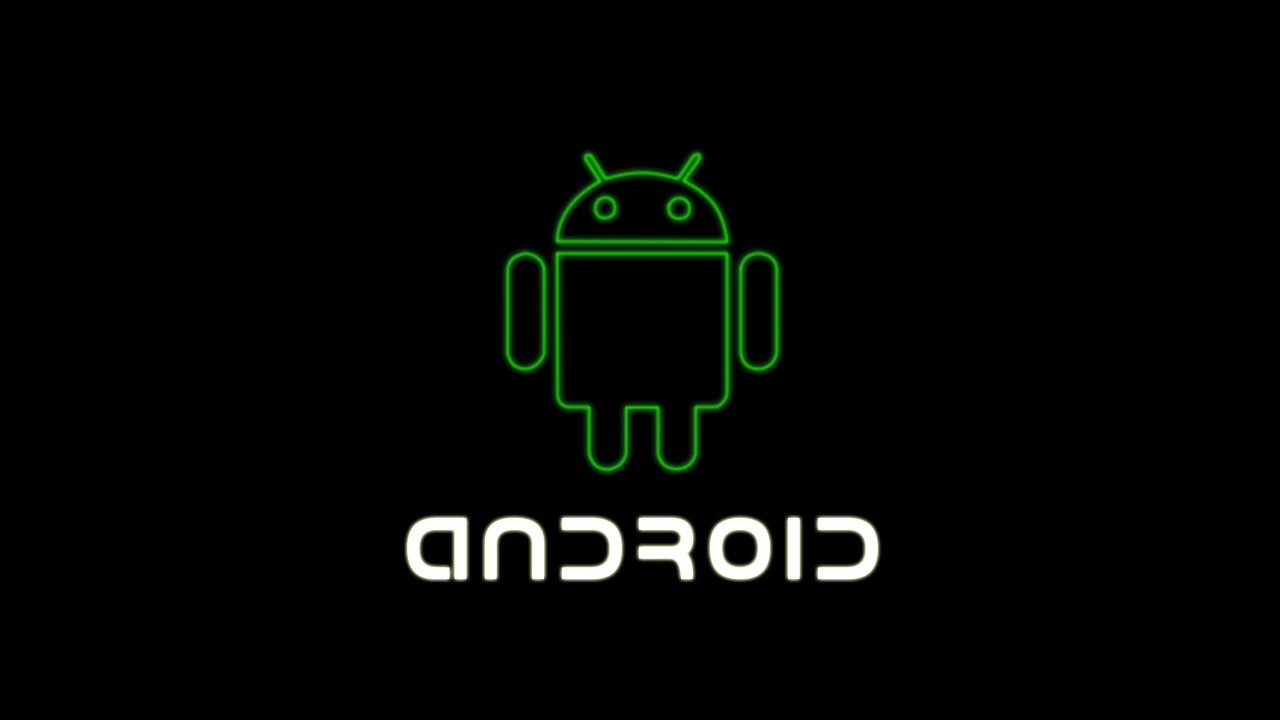 You should already have a working knowledge of the Java programming language and be familiar with Android resource loading, the declaration of user interface elements in XML, development considerations such as activity lifecycle, and general principles of internationalization and localization.

It is good practice to use the Android resource framework to separate the localized aspects of your app as much as possible from the core Java-based functionality:
For a short guide to localizing strings in your app, see the training lesson, Supporting Different Languages.

Resources are text strings, layouts, sounds, graphics, and any other static data that your Android app needs. An app can include multiple sets of resources, each customized for a different device configuration. When a user runs the app, Android automatically selects and loads the resources that best match the device.

(This document focuses on localization and locale. For a complete description of resource-switching and all the types of configurations that you can specify — screen orientation, touchscreen type, and so on — see Providing Alternative Resources.)

When you write your app, you create default and alternative resources for your app to use. When users run your app, the Android system selects which resources to load, based upon the device's locale. To create resources, you place files within specially named subdirectories of the project's res/ directory.

Why default resources are important

Whenever the app runs in a locale for which you have not provided locale-specific text, Android loads the default strings from res/values/strings.xml. If this default file is absent, or if it's missing a string that your app needs, then your app doesn't run and shows an error. The example below illustrates what can happen when the default text file is incomplete.

Example: An app's Java-based code refers to just two strings, text_a and text_b. This app includes a localized resource file (res/values-en/strings.xml) that defines text_a and text_b in English. This app also includes a default resource file (res/values/strings.xml) that includes a definition for text_a, but not for text_b: To prevent this situation, make sure that a res/values/strings.xml file exists and that it defines every needed string. The situation applies to all types of resources, not just strings: You need to create a set of default resource files containing all the resources that your app calls upon —layouts, drawables, animations, etc. For information about testing, see Testing for Default Resources.

How to create default resources
Put the app's default text in res/values/strings.xml.

The text strings in res/values/strings.xml should use the default language, which is the language that you expect most of your app's users to speak.

The default resource set must also include any default drawables and layouts, and can include other types of resources such as animations :

How to create alternative resources
A large part of localizing an app is providing alternative text for different languages. In some cases you also provide lternative graphics, sounds, layouts, and other locale-specific resources.

An app can specify many res/<qualifiers>/ directories, each with different qualifiers. To create an alternative resource for a different locale, you use a qualifier that specifies a language or a language-region combination. (The name of a resource directory must conform to the naming scheme described in Providing Alternative Resources, or else your app cannot compile.)

Example: Suppose that your app's default language is English. Suppose also that you want to localize all the text in your app to French, and most of the text in your app (everything except the app's title) to Japanese. In this case, you could create three alternative strings.xml files, each stored in a locale-specific resource directory :

If your Java-based code refers to R.string.title, here is what happens at runtime:

If multiple resource files match a device's configuration, Android follows a set of rules in deciding which file to use. Among the qualifiers that can be specified in a resource directory name, locale almost always takes precedence.

Example: Assume that an app includes a default set of graphics and two other sets of graphics, each optimized for a different device setup:

If the app runs on a device that is configured to use Japanese, Android loads graphics from res/drawable-ja/, even if the device happens to be one that expects input from a stylus and has a QVGA low-density screen in landscape orientation.


Exception : The only qualifiers that take precedence over locale in the selection process are MCC and MNC (mobile country code and mobile network code).

Example: Assume that you have the following situation:

Android loads text_a from res/values-mcc404/strings.xml (in English), even if the device is configured for Hindi. That is because in the resource-selection process, Android prefers an MCC match over a language match.

The selection process isn't always as straightforward as these examples suggest. Please read How Android Finds the Best-matching Resource for a more nuanced description of the process. All the qualifiers are described and listed in order of precedence in Table 2 of Providing Alternative Resources.

Referring to resources in code

Move all strings into strings.xml
As you build your apps, don't hard code any string. Instead, declare all of your strings as resources in a default strings.xml file, which makes it easy to update and localize. Strings in the strings.xml file can then be easily extracted, translated, and integrated back into your app (with appropriate qualifiers) without any changes to the compiled code.

If you generate images with text, put those strings in strings.xml as well, and regenerate the images after ranslation.

As you design and develop your UIs, make sure that you pay close attention to how you talk to your user. In general, use a succinct and compressed style that is friendly but brief, and use a consistent style throughout your UIs.

Make sure that you read and follow the Material Design recommendations for writing style and word choice. Doing so makes your apps appear more polished to the user and helps users understand your UI more quickly.

Also, always use Android standard terminology wherever possible—such as for UI elements such as Action Bar, Options Menu, System Bar, Notifications, and so on. Using Android terms correctly and consistently makes translation easier and results in a better end-product for users.

As you declare strings in your strings.xml file, make sure to describe the context in which the string is used. This information is invaluable to the translator and result in better quality translation. It also helps you manage your strings more effectively.

Here is an example:

Consider providing context information that may include:

Mark message parts that should not be translated

Often strings contain contain text that should not be translated into other languages. Common examples might be a piece of code, a placeholder for a value, a special symbol, or a name. As you prepare your strings for translation, look for and mark text that should remain as-is, without translation, so that the translator doesn't change it.

To mark text that should not be translated, use an <xliff:g> placeholder tag. Here is an example tag that ensures the text "%1$s" isn't changed during translation (otherwise it could break the message):

Here are some more examples of placeholder tags:

For a complete overview of the process of localizing and distributing an Android app, see the Localization Checklist document.

Design your app to work in any locale

You cannot assume anything about the device on which a user runs your app. The device might have hardware that you were not anticipating, or it might be set to a locale that you did not plan for or that you cannot test. Design your app so that it functions normally or fails gracefully no matter what device it runs on.

Important: Make sure that your app includes a full set of default resources.

Make sure to include res/drawable/ and a res/values/ folders (without any additional modifiers in the folder names) that contain all the images and text that your app needs.

If an app is missing even one default resource, it doesn't run on a device that is set to an unsupported locale. For example, the res/values/strings.xml default file might lack one string that the app needs: When the app runs in an unsupported locale and attempts to load res/values/strings.xml, the user sees an error message and a Force Close button.

If you need to rearrange your layout to fit a certain language (for example German with its long words), you can create an alternative layout for that language (for example res/layout-de/main.xml). However, doing this can make your app harder to maintain. It is better to create a single layout that is more flexible.

You probably don't need to create a locale-specific alternative for every resource in your app. For example, the layout defined in the res/layout/main.xml file might work in any locale, in which case there would be no need to create any alternative layout files.

Also, you might not need to create alternative text for every string. For example, assume the following:

To do this, you could create a small file called res/values-en-rGB/strings.xml that includes only the strings that should be different when the app runs in the U.K. For all the rest of the strings, the app falls back to the defaults and use what is defined in res/values/strings.xml.

Use the Android Context object for manual locale lookup

You can look up the locale using the Context object that Android makes available:

Use the App Translation Service

The App Translation Service is integrated into the Play Console, and it is also accessible from Android Studio. It is a quick and simple way to get an instant quote and place an order with a translation company. You can order translations into one or more languages for app UI strings, Play Store Listing text, IAP names, and ad campaign text.

Testing on a device

Keep in mind that the device you are testing may be significantly different from the devices available to consumers in other geographies. The locales available on your device may differ from those available on other devices. Also, the resolution and density of the device screen may differ, which could affect the display of strings and drawables in your UI.

To change the locale or language on a device, use the Settings app.

Testing on an emulator

For details about using the emulator, see Android Emulator.

Creating and using a custom locale

A "custom" locale is a language/region combination that the Android system image does not explicitly support. You can test how your app runs in a custom locale by creating a custom locale in the emulator. There are two ways to do this:

When you set the emulator to a locale that isn't available in the Android system image, the system itself displays in its default language. Your app, however, should localize properly.

Changing the emulator locale from the adb shell

To change the locale in the emulator by using the adb shell.

For instance, to test in Canadian French:

This causes the emulator to restart. (It looks like a full reboot, but it isn't.) Once the Home screen appears again, re-launch your app, and the app launches with the new locale.

Here's how to test whether an app includes every string resource that it needs: